During the week of Feb 8-13 2015, I joined a merry band of FinTech entrepreneurs specially selected for a Grand Tour of Boston and New York with Mayor of London Boris Johnson.

A great spirit among delegates and organisers, displays of support and plenty of fun quickly emerged as the best ingredients for the success of this mission. Here are my highlights…

Mojo with BoJo
a sonnet in Shakespearean verse

To start, the Iliad told that life’s a War
And then Odysseus showed that it’s a Trip
Aeneas could be considered an encore
But Love’s the answer out of Dante’s lip

Indeed we battle daily for success
Travelling far and wide to reach the sky
And when it feels that everything’s a mess
We smile, we carry on, we love to fly

FinTech in Boston followed by New York
Was surely something worth the fighting for
But hanging with such smart, like-minded folk
The spark of friendship’s what I valued more

And now that we’ve returned pumped full of mojo
Let’s give thanks where it’s due: to Mayor BoJo!

The many types of Tech
In this video, Mayor Boris Johnson explains to the Americans the staggering variety of “tech” enterprises – not without some surprises.

Ancient Greek
Since it was the Greeks that came up with τέχνη, the ancestor of “tech”, our Mayor was pleased to pay a tribute by reciting – in the original language – the first verse of the Ode he commissioned for the 2012 London Olympics: here is Boris in action in the middle of a reception with the Boston business community.

The week in pictures 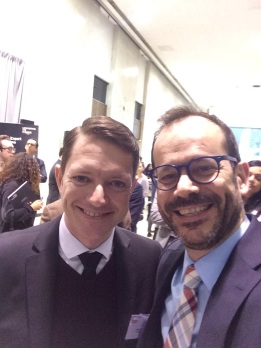 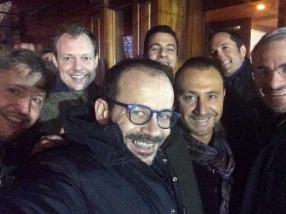 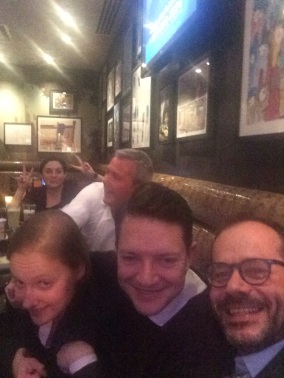 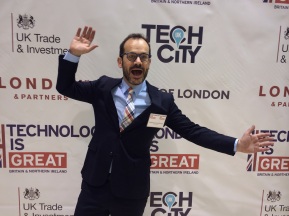 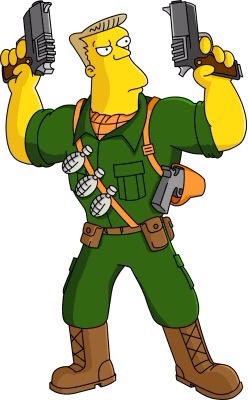 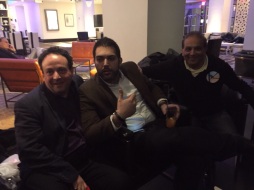 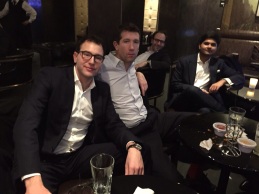 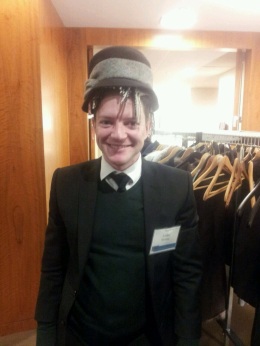